Amanda’s Story: What happens when you invest in a woman? 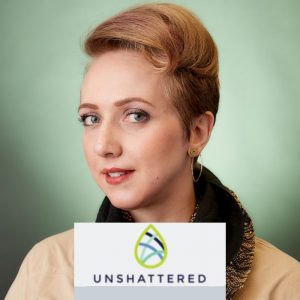 Meet Amanda. She’s proof of the ripple effect created when you invest in a woman and empower her to take control of her life path.

When Amanda was a preteen, her family moved to a new town, where she was intensely bullied. Looking to fit in, she connected with what she calls a group of “party kids,” experimenting with alcohol use and getting suspended often in the years to come. Amanda had her first child shortly after graduating from high school, and while she worked and attended community college, she also continued a “party lifestyle” that kept her in a downward spiral.

She was seriously injured in two different car accidents — one of which was caused by her boyfriend driving under the influence — which led to an addiction to prescription painkillers and eventually, heroin. “I went as low as you can imagine,” Amanda remembers, describing how she survived many of the horrors associated with that drug, including homelessness, prostitution, and sexual assault. “I finally reached a point where I knew I needed help…otherwise I was going to die like this.”

The very next day, she was arrested on drug charges, which she sees as divine intervention. During that treatment program, she was deeply inspired by seeing other women who were able to stay sober; although she struggled to make that happen for herself, that inspiration remained with her. Two cycles of recovery and relapse followed, but in 2017, she finally found the strength to go back into treatment at the Hoving Home, a program that serves women whose lives have been shattered by their addictions to drugs and alcohol.

There, she worked at our nonprofit partner Unshattered, which supports women in treatment by teaching them a trade: crafting unique, handmade bags and other accessories from upcycled materials. “I’ve always been creative,” she says, “so that creative piece came naturally to me. I really thrived in there.”

Unshattered’s investment in Amanda has helped her stay sober for nearly three years now, and today, she’s the company’s creative lead and production manager. “I plan out the week of everybody’s production schedules, and coordinate what we’ll need in terms of custom orders or events,” explains Amanda. “As creative lead, I come up with new designs, or at least take ideas for new designs. We’re busy and I’m so excited to see how far Unshattered has come.” The company has moved from the basement of the Hoving Home to its own production space and retail boutique.

Unshattered made an investment in Amanda, and while she’s paying that investment back to them and other women who join the program, gaining economic independence through her work empowers Amanda to pay that investment forward to her family and community. It means she has a car and resources so she can be there for her three children, including a one-year-old son. “I have a home for my baby and a place to take my older children on visits. I can be trusted now. I do what I say I’m going to do. And I can provide my son with everything he needs.”

Amanda was also selected to participate in the Leadership Dutchess program, which prepares citizens to serve in leadership roles in their communities. Her ultimate goal is to someday own her own business.

What does “invest in women” mean to Amanda? “When someone believes in you and is willing to make an investment in you,” she says, “it shows you that you can have courage in the face of adversity.”

Learn more about Unshattered, shop online, and support women who, like Amanda, illustrate the power and potential of investing in women.